A Miami attorney almost certainly acts as a facilitator for entities and individuals with ties to Venezuela’s Maduro regime. The individual has not been investigated for or charged with knowingly participating in or facilitating unlawful activity, likely because he removes himself as registered agent or attorney of record before these individuals and entities are designated. In addition, he may not be aware that many of his clients have been linked to the Maduro regime, or that the companies he helped establish or manage were likely fronts for the Venezuelan government, but his work represents common methodologies used by gatekeepers and facilitators to help provide anonymity to malign actors seeking to obscure their identity and launder money through the US financial system and property markets.

This attorney also maintains current relationships with individuals linked to the Maduro regime that are not sanctioned, but who probably use him as an agent to facilitate funds transfers for the benefit of Maduro’s inner circle by establishing front companies, purchasing real estate, and facilitating relationships with US persons or companies that may help Maduro-linked individuals introduce misappropriated or corrupt Venezuelan funds into the US financial system.

gatekeeper Facilitated Transactions for Entities That Were Later Sanctioned by OFAC

The individual in question has served as a registered agent or legal representative for eight firms that were subsequently sanctioned under Executive Order 13850 (see Annex A), probably using his position as an attorney licensed by the Florida Bar to provide an extra layer of legitimacy and anonymity through attorney-client privilege for individuals seeking to conceal the origin of their assets. As an established attorney, he has helped clients develop ties with the financial, real estate, and social community in the Miami area. He also established and managed corporations to purchase real estate and appeared as the face of the transactions, allowing officers of the firms and probable Maduro regime-linked individuals to remain anonymous but would resign as legal representative of the firms sometimes weeks or days before they were sanctioned by OFAC.

This individual in his legal capacity has served as a registered agent for seven separate companies that would later be designated under Executive Order 13850, establishing bank accounts, securing lines of credit, and acquiring property and high-value goods (e.g. artwork, cars, jewels, etc.) for his clients, allowing them to remain anonymous. Acting as a registered agent also allowed officers and beneficial owners of the firms to use this attorney’s addresses and email accounts in official communications, providing a layer of anonymity for these actors. Individuals with links to the Venezuelan government likely exploited this attorney’s network of other gatekeepers, such as lawyers, real estate agents, and bank managers, who could help them introduce illicit assets into the US financial system.

This facilitator is also affiliated with numerous non-sanctioned Venezuelan parties operating in Miami whom he helps maintain anonymity when purchasing luxury real estate and servicing, maintaining, and selling these properties. Although these companies are not currently designated, they are linked to sanctioned Venezuela-affiliated entities and represent at least a reputational risk for US firms that engage with them.

The methodologies used by this attorney are typical of techniques used by gatekeepers such as accountants, lawyers, trust and company service providers, and other professional facilitators to ensure greater distance between criminal proceeds and the placement of funds into a country’s financial system. Transnational criminal organizations use professional service providers to establish corporate structures such as front and shell companies, provide nominee directors, and establish bank accounts, as well as facilitate introductions to other professionals who can provide specialized legal or notary services, to facilitate malign actors’ access to the US financial system.

Annex A: List of sanctioned entities connected to this gatekeeper

RIM Group Investments Corp. was founded on September 19, 2008 and registered at 2600 Douglas Road, Suite 1100, Coral Gables, Florida. At the time of its founding, a prominent Miami tax attorney, was listed as the registered agent for the firm. Maria Alejandra de Perdomo served as President, and her husband, US-designated Raul Gorrin, served as Secretary. On February 9, 2009, the firm changed its address to 2665 South Bayshore Drive Suite 906, Coconut Grove, Florida. The company was designated under EO 13850 in January 2019 and administratively dissolved by the state of Florida in September 2019. We believe companies belonging to the RIM group were holding companies used to facilitate purchases and money transfers.

RIM Group Investments II Corp. and RIM Group Investments III Corp. were both founded on August 13, 2009 and registered at the Coconut Grove address. At the time of the companies’ founding, Maria Perdomo and Raul Gorrin served as officers. Both firms were designated under EO 13850 in January 2019, and both were administratively dissolved by the state of Florida in September 2019.

Magus Holdings USA Corp. was founded on March 6, 2012, with the attorney serving as registered agent and incorporator, and registered at his personal Miami residence. US-designated Gustavo Perdomo and his wife, Mayela Tarascio de Perdomo, served as senior officers of the company.

Magus Holding LLC was founded on August 7, 2009 and was registered at 550 Biltmore Way, Suite 700 in Coral Gables, Florida. A prominent Miami entertainment and sports lawyer, was the registered agent for the firm at the time of its founding. The Perdomos were listed as officers of the firm.

Magus Holding II Corp. was founded on September 22, 2011 and registered in Coral Gables, with the attorney in question serving as registered agent and the Perdomos as officers of the firm.

Annex B: business properties connected to the gatekeeper 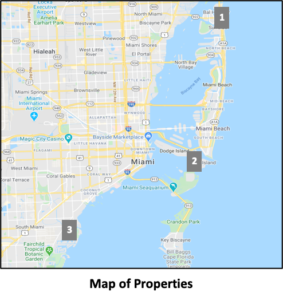 The gatekeeper serves as the registered agent for three properties, which he does not own but for which he lists his personal home in Miami as the mailing address, probably providing a layer of anonymity for the purchasers. All three of these properties lead back to Venezuela-linked parties, creating a need for obscurity in these transactions, and are valued at more than $2 million each. We assess that this attorney provides anonymity to Maduro-linked individuals and entities, allowing them to access the lucrative Miami-area real estate market to launder money for the comprehensively sanctioned government in Caracas.

Property 1 is a three-bedroom, three-and-a-half-bathroom, 3,128 square-foot condominium in the Bal Harbour North South Condo Complex that is valued at $4.18 million, according to Miami-Dade property records. This property is owned by Fudin Consultants LLC, for which the attorney serves as registered agent.

Property 2 is a seven-bedroom, eight-and-a-half bathroom luxury penthouse condo in the Della Luna at the Palazzo del Sol complex worth $10.94 million. The 9,514 square-foot unit is owned by US-designated Planet 2 Reaching Inc., and the attorney is listed on the “care of” line in the Miami-Dade property records. Planet 2 Reaching purchased the property on November 8, 2016—before its designation by OFAC—according to sales records.

Property 3 is a four-bedroom, four-and-a-half-bathroom, 6,157 square-foot home in the affluent Coconut Grove Manor section of Coral Gables with an assessed value of $2.23 million, owned by Britestar Worldwide LLC. The attorney appears as a point of contact on the “care of” line for the property. Britestar purchased the home on November 3, 2011, using this facilitator’s home address in Miami as the mailing address. 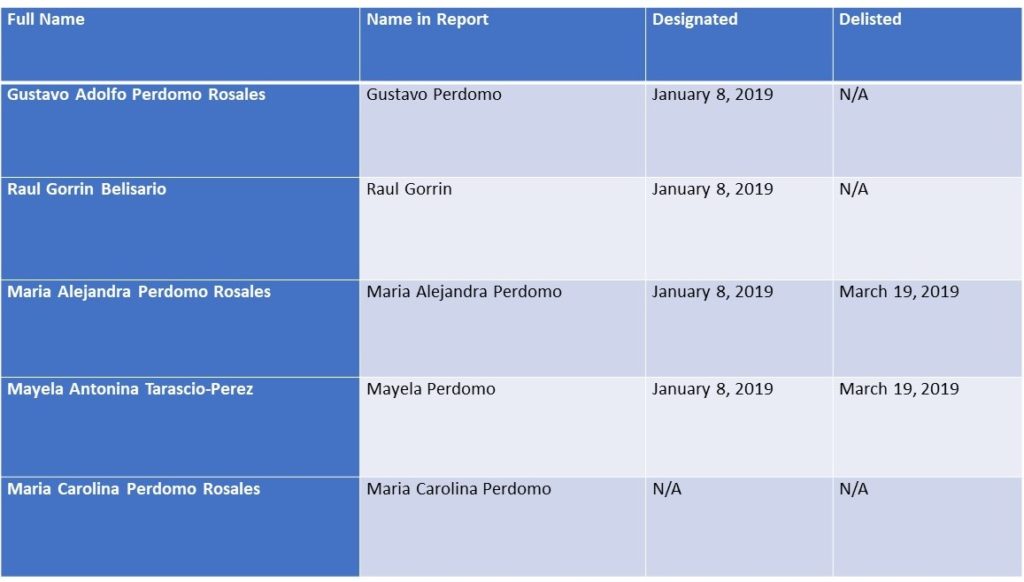