On 7 August 2020, the Treasury Department’s Office of Foreign Assets Control (OFAC) designated 11 top Chinese officials and their allies in Hong Kong, including Chief Executive Carrie Lam, pursuant to Executive Order 13936 over their role in undermining the autonomy of the former UK colony. We anticipate that Bernard Charnwut Chan—Convenor of the Executive Council of Hong Kong—and Asia Financial Holdings, of which he is the president and executive director, will most likely be next on OFAC’s sanctions radar. Chan’s US bank accounts have already been closed.

President Trump signed the Hong Kong Autonomy Act into law on July 14, 2020, authorizing sanctions to be imposed on foreign persons and financial institutions for involvement in what Congress deems to be Beijing’s failure to meet its obligations under the 1984 Sino-British Joint Declaration and Hong Kong’s Basic Law. The Basic Law is widely considered to be the de facto Constitution, which upholds the principle of “one country, two systems.” 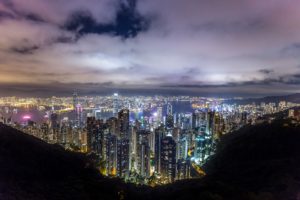 Beijing has threatened to retaliate against United States institutions and individuals and has recently sanctioned several US lawmakers, including Senators Ted Cruz and Marco Rubio, as well as Congressman Chris Smith and Ambassador for Religious Freedom Sam Brownback.

International banks with clients in Hong Kong, such as Credit Suisse, HSBC, Julius Baer, and the Union Bank of Switzerland are conducting client reviews to ensure they are not involved in political or government issues and subjecting their clients to additional due diligence scrutiny.

The Trump administration was contemplating restrictions which would limit Hong Kong banks’ access to the US dollar, and the Executive Order on Hong Kong Normalization imposes asset freezes on foreign individuals involved in undermining the autonomy of Hong Kong, while officially revoking Hong Kong’s “special status,” determining that the region is no longer sufficiently autonomous to justify preferential treatment and threatening Hong Kong’s position as a global business and financial hub. Given the flexibility the Hong Kong Executive Order provides to the administration when implementing sanctions, it is unclear how the sanctions under the Hong Kong Autonomy Act will be implemented, although they—along with other measures—will almost certainly necessitate extra due diligence on the part of US firms.

If your organization believes that these types of regulations might impact its business, please contact us for assistance in analysis.  FiveBy offers risk intelligence expertise to our clients to help them avoid violating OFAC sanctions.